Your Actions Drive the Reactions You Receive by Vaughn Sigmon

Upset that your team isn’t hitting the sales goals?

Regularly I find frustrated CEOs and Sales Managers bitching because their sales teams are not performing at levels of expectation. That is usually why I’ve been contacted and having this discussion.

My question to them is, “Okay, but why?”

Here’s the deal. Almost 100% of the time, I find the same damn thing as I dig in. If I’m wrong, I want to hear from you; I find sales teams being way overmanaged. The sales manager is up their backside about their KPIs and numbers and telling (not coaching) the sales team how to fix them.

I don’t blame the sales manager. I really don’t. The fact is most have been promoted to sales manager with little or no formal training on how to manage a sales team. So they are just doing their jobs the best way they know how. Ever heard the term “You don’t know what you don’t know?” Read on, and my goal is to give you some ideas on how to better feed your sales team’s minds.

The real solution for sales success is that salespeople don’t need as much management as they do leadership. 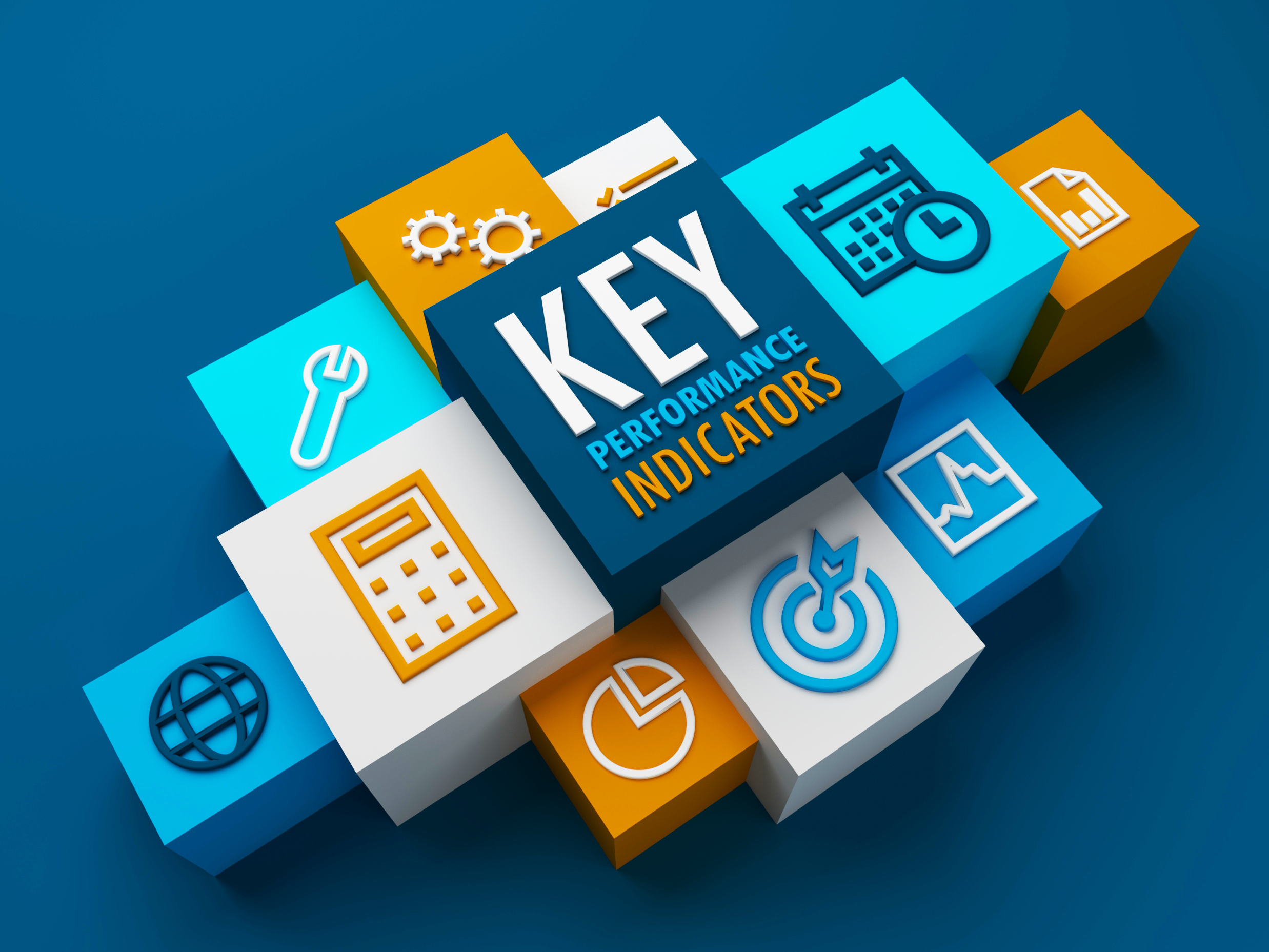 Here’s a common scenario: I’m called in to fix a sales team. It is a fairly common theme in organizations with underperforming sales teams. The plot is essentially the same. I’m sitting with the CEO and CFO, Sales Manager, one of those. Business is tricky or not growing as they need. Then when the discussion comes around to the sales team. They are considered lazy or wasting time; they are not blowing up their phones all day, going home right on time, etc.

Does this sales team deserve some criticism? Well, maybe. They are not performing at the level they should be performing. Why? Is it a lack of motivation, inspiration, and buy-in? Yep.

Often, their numbers have been used as a blunt instrument being bashed over the heads, and nothing is ever good enough. I’d be a little checked out too.

Why do sales managers do this?

Well, again, it’s a fairly typical story. They were once a great salesperson. They were promoted to sales manager. However, their employer never invested in their development as sales leaders. Somehow magically, they were expected to figure this out.

Was their sales ability supposed to transfer somehow from them to the sales team? All would be great. I mean, in theory, that would work. The new sales manager knows how to sell. All they need to do is show the other sales team members how they did it. Right? WRONGO!

That’s the problem with many theories. Often they make sense in one’s mind, but in reality, they do not work. That is the reality I’ve found anyway.

Let me carry out more of the typical story.

Here’s another scenario. New accounts are critical to slowing the sales decline for the company. One of these executives once worked selling products or services over the phone. So they are, of course, a grinder and, in their mind, a great salesperson.

Dial, Dial, Dial, and make 50, 100, or 150 phone calls daily, and you will open new accounts. It’s all about the numbers and so on. That’s the way they did it. I mean, come on, the sales team is commissioned, for God’s Sake. That is all the motivation anyone should need! Right? Grind until you get what you want.

Okay, Glengarry Glen Ross, I get you.

This is the leadership void. If you want high-performance results, you must have high-performing leadership with a solid dose of management. Managers execute; leaders get their people to gain results through inspiration and buy-in.

Want top performance out of your sales team? You have to give them the fuel that they feed on.

So what could a successful approach, or action in our physics of sales equation, look like? 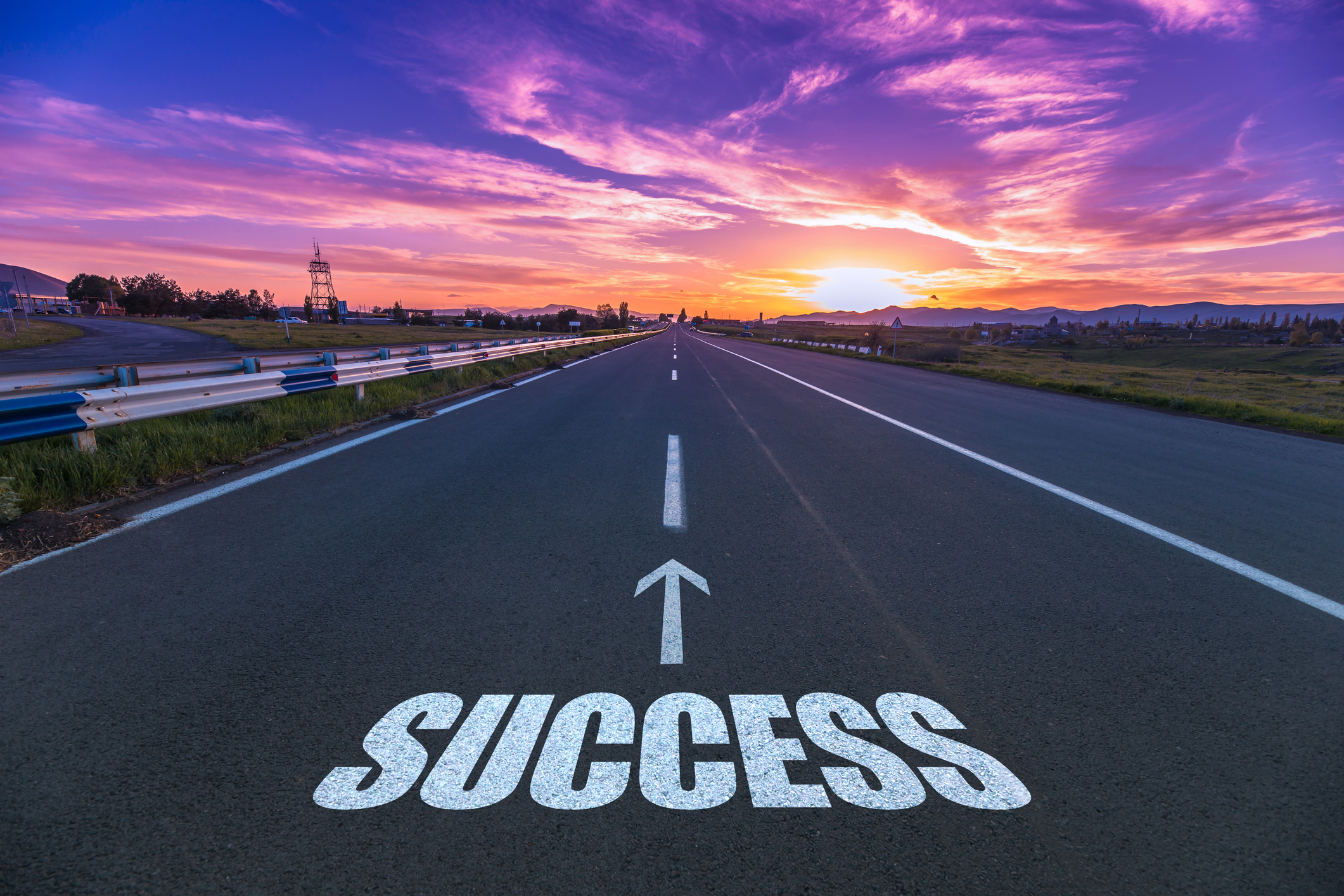 Set goals and collaborate on plans for how to achieve those goals. The best approach is using the SMART method. Specific, Measurable, Agreed Upon, Realistic, and Time-Bound. Salespeople have to know what is expected of them at work. This feeds the completive nature of all salespeople, even average ones.

I must say this sounds so simple but is rarely performed effectively by untraining sales managers. They don’t know what they don’t know. Whatever approach they are using is the one way they have. There are dozens of tailored strategies for setting and achieving goals. Want to learn them?

Part of goal setting must be establishing the action steps and behaviors to be deployed to achieve the desired results. This is where sales coaching comes in as a vital leadership tool. Don’t assume you know what steps and tools your sales team members are deploying. GO LOOK!

Inspect what you expect. You must check in daily to see what methods are used and how these tactics are deployed. Observations are critical. This may mean listening to recorded phone calls, sitting in on meetings from time to time, or hitting the road for a day or three and doing some ride-alongs.

By doing these observations, you will have first-hand knowledge of how the behaviors are being used. This allows you to point out the great ones they are using, and if they are off track, you can give them some development feedback as their coach. Not their manager! Be a partner in their success. You benefit too!

Frequency is essential too. Bad habits can be formed quickly. The longer you wait between observations and feedback, the more you risk bad habits creeping in. Ignored bad habits become habits nonetheless, and harder to unwind the longer they are allowed.

If you want to nourish the skills and growth of your sales team members, make it a priority to catch them doing it right! Feed them positivity. I mean, come on, they can’t be doing everything wrong. Give them some deposits in the emotional bank account. Keep their account high, and then if you must make a withdrawal, you have plenty in there.

This is so tough for so many managers. The more a salesperson is encouraged and supported, the better their performance will be. Positive reinforcement is 93 Octane fuel for their head.

Their head is where 90% of their success comes from. Feed that head properly, and you will get the results you are looking for. If you want improved behaviors and results, you have to acknowledge and reward those positive behaviors. That’s how good “new” habits are formed. Contact me for a free copy of my Sales Observation Form. It will put you on the right path to achieving sales leadership mastery.

Learn the Art of Overlooking

I once encountered a salesman at CarMax who had just finished a personal record month. He had worked seven days a week for three solid weeks and had not taken one single day off. He worked no less than 10 hours every one of those days.

I’d seen his numbers and had sought him out to pat him on the back. While talking to him, I detect that he is down in the dumps. WHAT? How can this be? This guy had just made more money in one month than he ever had. I’m taken aback by how discouraged he seemed. Then I get him to open up.

Long story shorter. Not one of the sales managers had said boo to him while he was setting this fantastic pace. Not one single indication they noticed how well he was doing or he had done. No deposits in the emotional bank account.

Now here’s the point. On day 22 of his not having taken a day off, he comes in 10 minutes late. 2 sales managers grab him, take him into an office and ream him for being late. Get the point? They “managed” him right into disengagement. Could not have overlooked this minor indiscretion? It probably would have been a better move.

Simply put more into your individual sales team members’ emotional bank account with your leadership skills and positive feedback. Let small things that are not a regular pattern of behavior go overlooked. No, you can’t coddle your team, but don’t be a rules nanny and catch them with silly violations that they only occasionally violate. Take the whole picture of their sales results and work ethic into account before you pounce on some little crumb that might crumble their attitude. AND YOUR SALES RESULTS!

Nothing feels better than to hit a goal and surpass it. Wining and enjoying it is in our DNA. Celebrate them when you can. The emotional bank account is crucial in leading and motivating salespeople. Make sure you are making more deposits than withdrawals. The more success is celebrated, the more success you will have. These celebrations do not have to be expensive. Heck, a pat on the back is pretty effective. But here are some other ways to reward success.

A soldier will fight long and hard for a bit of colored ribbon. 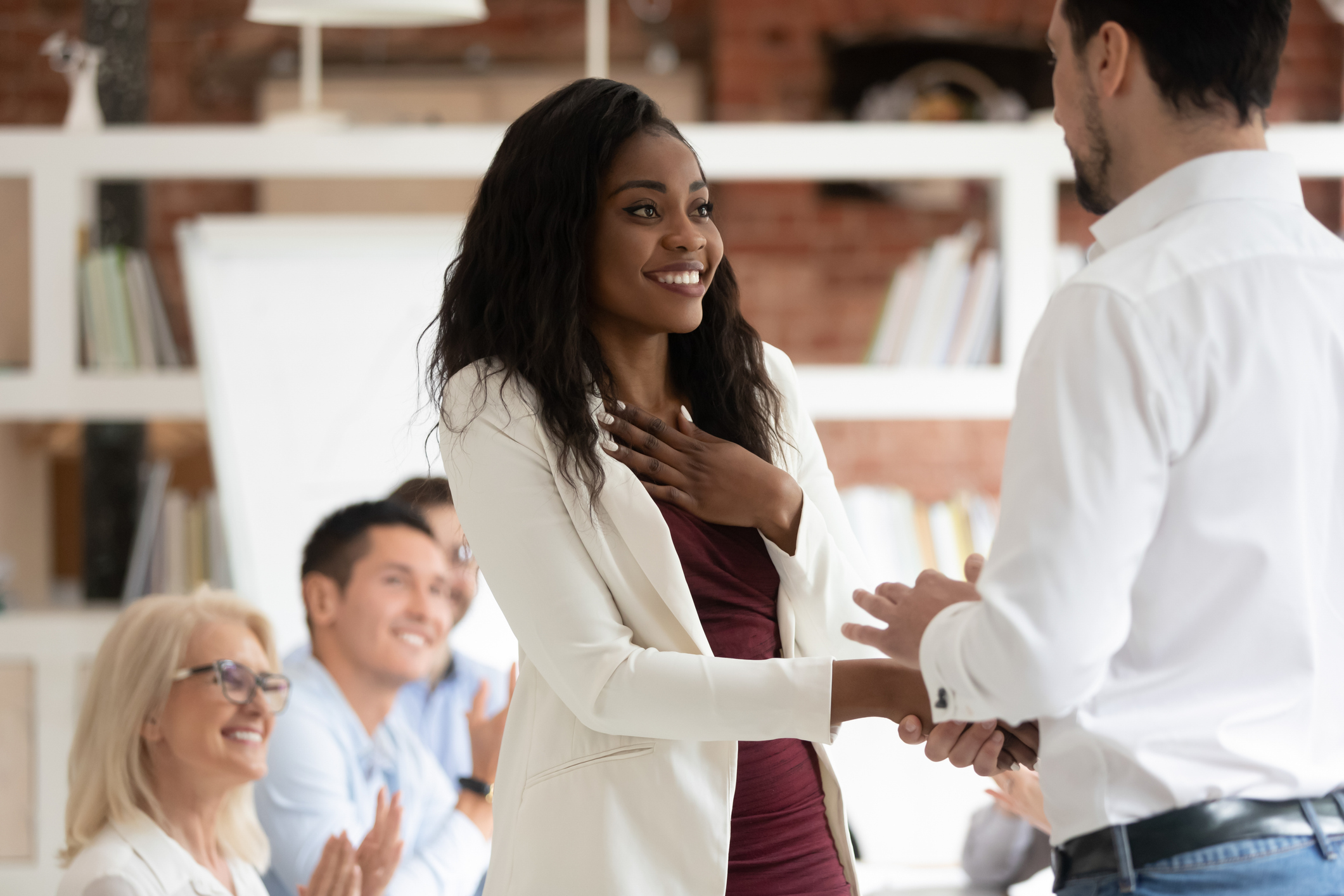 Determine milestones in sales achievement that is relevant for your organization. As team members reach and sustain these levels, give them designations that set them apart in status from the remainder of their peers. Contact me for a consultation, and I can help you design a kick-ass program!

In a competitive sales culture, sometimes the biggest driver is simply the desire to be the best. So why don’t you give your salespeople a chance to fight for those bragging rights: start by creating a leaderboard that tracks the team’s goals.

Hand Out A Prize

And when you want that champion to have more than the standard recognition, why not make it a real award? It’s high time they had a golden statue on their desk as hard proof

Get The Team In On It

What doesn’t a fearless sales leader want to be adored by their team? And what teammate doesn’t want to feel like the one who hit the game-winning shot? Well, when the whole team can celebrate an individual win, you’re setting everyone up for success. So the next time one of your team members catches that elephant they’ve been hunting, tell them the team lunch is on the company. Or reward a high-achieving team with a night out. You’ll be amazed at the boost your associates can get from a bonding night.

Instead of gamifying the sales process, why not gamify the actual outreach? Create a contest for the best outreach email or phone call, and let the sales reps get creative with it. Let them write whatever they’d like for outreach and encourage wild creativity for the brainstorming portion. Then narrow it down into more reasonable outreach.

And, of course, don’t count out the value of a simple call-out. And it doesn’t have to be through those classic email wires. Try throwing that top achievers’ name and picture up on a wall somewhere that all can see around the office, leverage slack, or send a weekly email to the entire company. Sometimes, the simple truth is that your people want to be recognized for their hard work and investment in your company.